Well it wasn’t an act of desperation, but driving ten hours to see living plants might appear that way. It all began with a suggestion by Rodger Tschanz, who many know as the fellow who runs the plant trials at the University of Guelph. “How about a road trip to see the Philadelphia Flower Show,” he said. “Why not,” was my reply, so off we went last week. 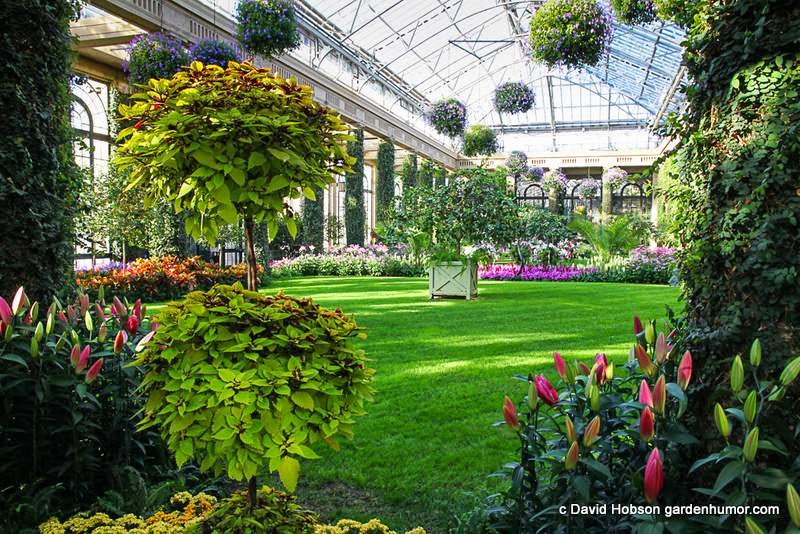 Was the show worth a ten hour drive? Absolutely, but mainly because Rodger had a side trip in mind that ensured the journey was memorable. As for the show, it is the one that inspired the original organizers of Canada Blooms. The concept is much the same, but the Philadelphia show is larger with a wider range of plant material that is easily shipped in from the south. We trekked through the show Monday evening and Tuesday morning, and certainly enjoyed it, but then we headed to Longwood Gardens, about a forty minute drive west of Philadelphia.

I’d heard much of the place, and heard it was impressive, but I wasn’t prepared for what I would see. Certainly, the 1,000 acres of gardens were snow covered as ours are, but the 20 indoor gardens covering 18,200 m² (4.5 acres) were open for visiting. These were the famous Longwood conservatories and they are truly magical. I’m not much of a lawn lover, but to see a lush green one in the middle of winter bordered by beds of clivia and bromeliads, is a sight to behold. This was the main conservatory, originally built to house an orangery. It’s the largest of the 20 areas under glass. 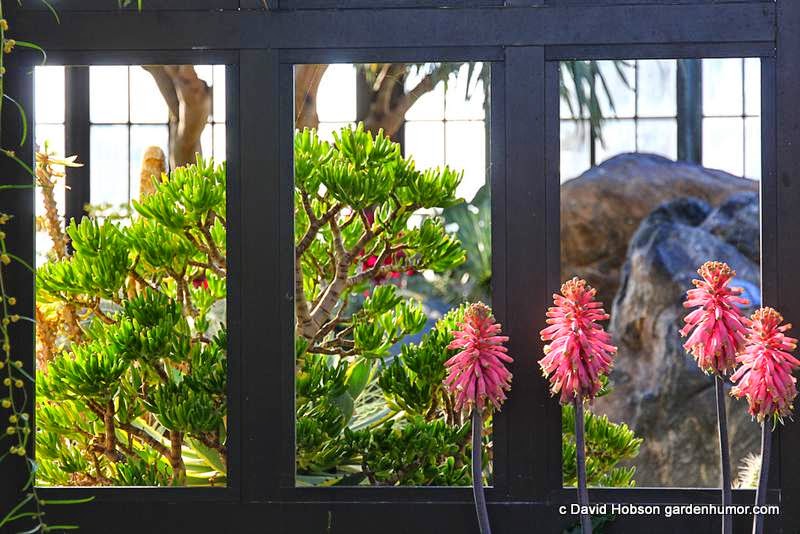 Eight indoor gardeners along with volunteers ensure absolute perfection of the floral displays that transform with the seasons. Birds sing and water softly burbles, while in the orchid house, 500 plants fill the air with fragrance. Orchids? We just happened to visit during Orchid Extravaganza (runs until March 30th) when nearly 5,000 orchids adorn columns and hang from baskets with a few thousand more as backups should a petal fall.

Meanwhile in the East Conservatory blue predominates with masses of hydrangeas and spires of Plectranthus thyrsoideus. In any other place, a Bird of Paradise would stand out, but here it is challenged by too many other stars. I particularly liked the Winter Red-Hot Poker plant, not our common orange variety of Kniphofia uvaria, but Veltheimia bracteata, an entirely different species in pink and white. 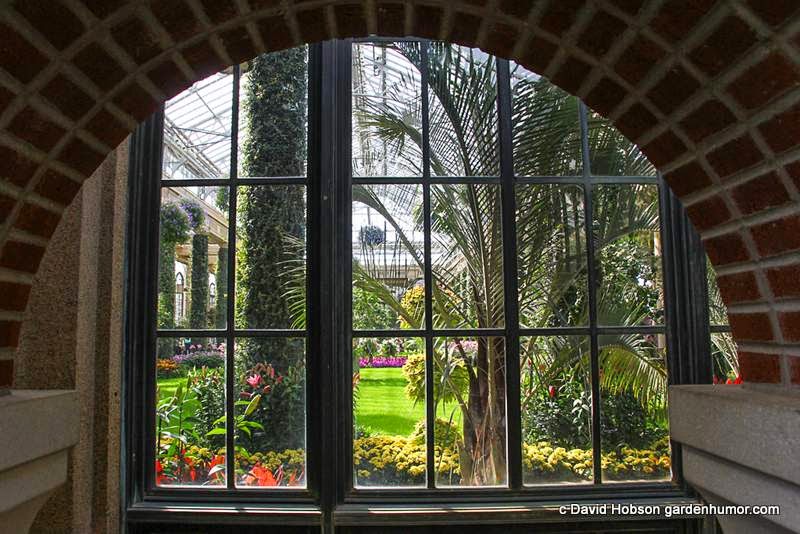 We covered most of the half mile of pathways and passages, passing through the Silver Garden, Acacia Passage, Cascade Garden, Palm House, and Mediterranean Garden, marvelling all the way. The following morning we returned, and whilst Rodger, who once spent a week here as a volunteer, met with colleagues to discuss tissue culture techniques, I had the good fortune to be turned loose in the  conservatories before they opened for the day. Alone except for the few gardeners, I was free to wander at will, putting miles on my camera. What a gift.

And who gave this gift? It’s all thanks to industrialist Pierre S. du Pont (1870–1954), heir to the family fortune of the DuPont chemical company. He acquired the property in 1906 to save an existing arboretum, then went on to create the gardens and build the conservatories. Longwood is now operated as a private trust, and in addition to the gardens it offers educational opportunities through its graduate program and internships. It also hosts hundreds of arts and horticultural functions each year. 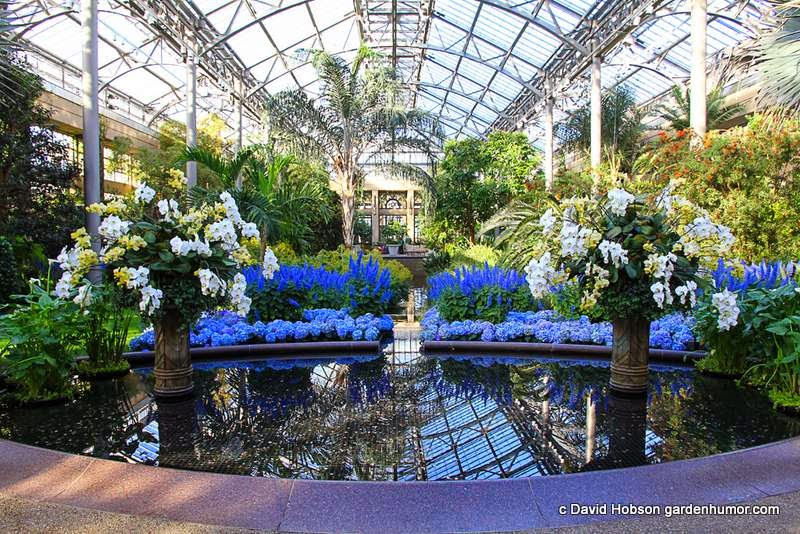 Now I’ve seen what Longwood offers indoors I must return some day to see the outdoor gardens. Sure, it was a long drive, but with the winter we’ve had it couldn’t have been a better time to visit — serendipity. Good idea, Rodger.

Buy our Plastic Grids For Grass , are made with Heavy Duty Material, Our Grass Grids allow water to permeate into the ground That Reduce the flooding and excess groundwater.