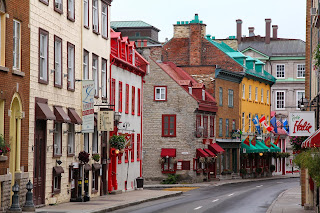 I was in Quebec City for a few days this summer attending the annual Garden Writers Association Symposium. I met a lot of people, attended a number of presentations, and was introduced to new garden products. It was all good fun but the best part, besides touring a number of historic gardens, was wandering about the old city. In was like a homecoming for me as the last time I was there was over 40 years ago when I hopped off a boat from England to be processed. I don’t recall much from that time, but I’m sure the city wasn’t nearly as attractive and flower filled as it is now.

Since then, the old city has been designated as a world heritage site, and it’s a delightful place. The narrow streets are filled with countless hanging baskets and window boxes. The public gardens are immaculate, particularly those in front of the Quebec National Assembly. Colour rich flower beds radiate from the Fontaine de Tourney, a massive cast iron fountain donated to celebrate the 400th anniversary of the founding of the city by the Simons family, owners of Quebec City’s oldest department store. 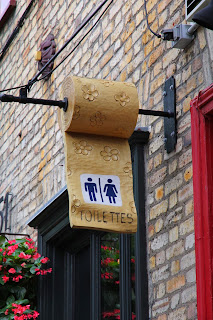 The fountain, found in a Paris antique shop, originally stood in Allées de Tourny, Bordeaux, France from 1857 to 1960. Now fully restored, it is an impressive work of art enhanced by the quality of the gardens. To see rare plants, I recommend a visit to Université Laval's exceptional Roger-Van den Hende Botanical Garden, but the familiar annuals and perennials in these flowerbeds were perfectly planted and maintained, and some of the finest specimens I’ve seen anywhere.

This was also apparent in the Joan of Arc garden located on the Plains of Abraham. The garden, an elongated octagon about a couple of hundred meters long was established in 1938 to accommodate a huge bronze statue of Joan of Arc mounted for battle, a gift to the city presented anonymously from an American artist and her husband.

The garden was designed by landscape architect Louis Perron and is sunk a few feet below the surrounding area and flanked on all sides by magnificent American elm trees —  yes, elm trees. Within the garden are over 150 species of plants incorporated into a design that cleverly blends the precision of the French Classical style with the less restrained British style of gardening — mixed beds in all combinations of form and colour — which I think reflects the makeup and essence of this country quite nicely. 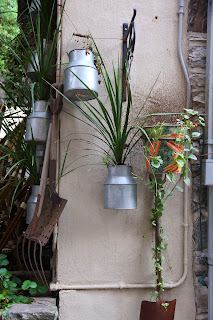 Thanks to the elevation difference, it allows for a two tier planting scheme along the perimeter with colourful annuals swirling and flowing in intricate patterns throughout the perennials and small shrubs. As befits a historic public garden, the plants are of exceptional quality. Even though I have many of the same perennials in my own garden —  Echinacea, Veronica, Aconitum — they seemed so much bigger more robust. I suspect this has much to do with the climate of Quebec City. Summer is a little cooler and shorter, and like the people of the city, plants make the most of it. Slightly longer days also promote more growth, but the deep snow cover that reliably buries the perennials each winter means they are well protected at root level, barely freezing.

This is so different from our corner of the country where January thaws expose our plants, frequently freezing and thawing them only to be broiled and baked in summer. Okay, I’m envious, but despite excellent growing conditions and beautiful architecture, I’m not planning to move my garden. I am, however, looking forward to another visit, and I don’t think I’ll be waiting another 40 years.