In 2012, I took a short trip to see family in the . While there, as always, I try to visit a garden or two. Many of the most popular and visited gardens in Britain are on the tourist route in the south; places like Sissinghurst, Hidcote, and Great Dixter, all conveniently within easy reach of London. But across the country are countless stately homes, mansions, and castles that have opened up their magnificent gardens to the public. 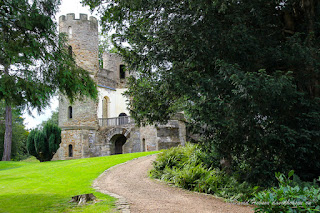 I spent my time north of , in , somewhat off the beaten track when it comes garden tourism. Fall may not be ideal for visiting gardens in as June is the peak time, but it has its rewards. There may have been fewer blooms and blossoms to see, but the subtle colours of early fall and the form and structure of historic gardens were present. I was able to wander at will, almost alone along woodland paths, through formal gardens, and across pastoral countryside.


I visited a couple of locations, all within an hour or so of my base. First was Wentworth castle in South , established in the early 18th century by the Earls of Stafford. It’s not a traditional castle, more of a massive mansion, used now as a college, but the glorious gardens are recognized for their collections of rare rhododendrons, magnolias and camellias. These are set in gently sloping parkland filled with ancient trees, rockeries, stumpery, secret Victorian flower gardens, and at the head of the park an impressive ruined folly in the form of a traditional castle complete with crenelated walls and towers.

One of the four towers is intact and provides an exceptional view of the 30 hectare estate and surrounding countryside. Far below I could see Lady Lucy’s Walk, an impressive avenue of lime trees planted in 1920 in honour of Thomas Wentworth’s daughter, said to have died of a broken heart after being forbidden to marry her beloved. I guess that’s what you get for falling in love with the estate gardener, rather than a preferred member of the aristocracy. Hope they didn’t make him plant the lime trees. 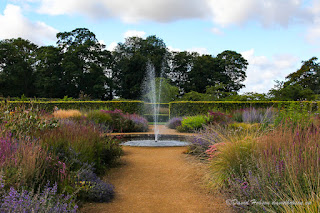 My other visit was to Scampston Estate, in north , and it is a delight. The principle feature is a four and a half acre (almost two hectares) nineteenth century walled garden. It lay derelict for fifty years until 1999 when the current owners, Sir Charles and Lady Legard, took on the task of renovation by contracting renowned Dutch designer, Piet Oudolf.


He created a beautiful enclosed garden made up of rooms, each one a different concept. I passed through each one, back and forth, finding surprises at each turn: a perennial meadow, serpentine hedges of yew, drifts of grasses, a Katsura grove, and the . It’s filled with stately pillars of yew mirrored in a pond. One corner has a conveniently placed mount designed to provide an elevated view of the whole garden. 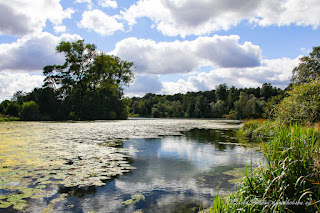 And then I traveled through time when I passed through the garden gate into the 80 acre (32 hectare) parkland beyond, a rare landscape designed two hundred years earlier by Capability Brown. What a contrast. It’s a vista of lakes and streams, copses of trees and solitary giants planted in the naturalistic style of the time.


It may have been fall, but a blue sky filled with billowing white clouds and a soft breeze to set the grasses in motion, followed by tea and cakes in the cosy restaurant, and I knew I’d found my way to a gem of a place, a successful combination of the old and the new.
Posted by David Hobson